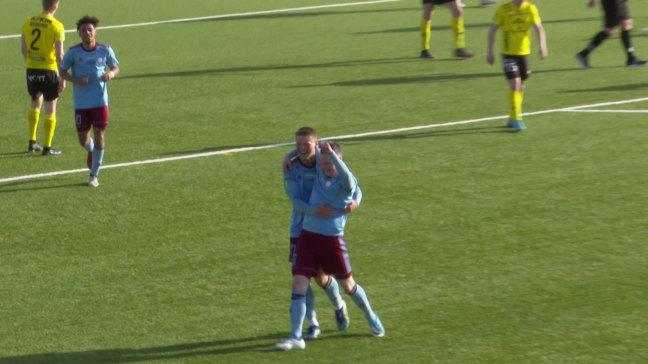 Contracts made with non-Nordic players will no longer require the players to pay most of their wages back to AB in the form of rent.

So says Marius Thomassen, chairman of Argir-based top league football club AB, which came under fire this week after it was revealed that non-Nordic players are contractually bound to return a large portion of their wages back to the club.

The original contracts required six of the club’s non-Nordic players to return DKK 9,500 to AB in monthly rental costs from their monthly wage of DKK 12,300.

”These contracts were made before we had found accommodation for them, and it has not yet reached the point where they have had to pay this high rent,” says Thomassen.

“We acknowledge that these contracts were drafted in a rush and some mistakes were made. We have now reduced the rent by about DKK 3,000, and we have also changed some other clauses in the contract.”

The news about the contracts met with heavy criticism from the chairman of fellow top league club ÍF, George Rouah.

”If there is no law that prohibits contracts like this, such laws need to be implemented immediately,” Rouah said on Tuesday.

“What AB is doing is creative in an unethical way.”

The AB chairman says that even if the contracts in their original form had been realised, the club always made sure that its foreign players were treated well.

“We never intended to overstep any ethical boundaries. Some mistakes were made, but the well-being of all our players has always been – and continues to be – a priority for us.”

Work permits for non-Nordic sportspeople require them to earn at least 51 percent of their total income from their sports club and a maximum of 49 percent from other employers.