Sweden’s most valuable handballer is Faroese

23.05.2022 - 14:03
Aktuelt
Sweden’s most valuable handballer is Faroese
Elias á Skipagøtu has been voted the most valuable player and the best playmaker in the top Swedish handball league
Sára Jógvansdóttir 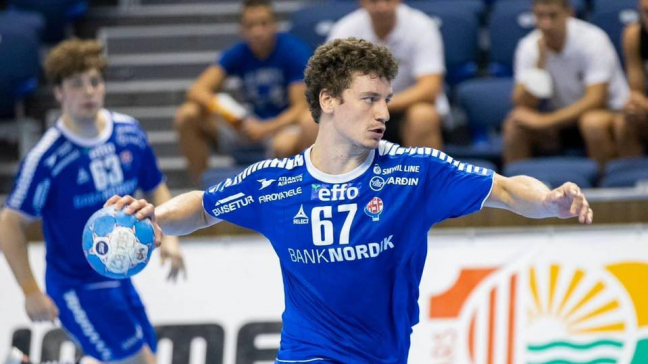 Despite his young age, 20-year-old Elias á Skipagøtu has long been regarded as a star player in the Faroes.

But his value is appreciated well beyond these islands. In Sweden, where he plays professionally for IK Sävehof, we has now been voted as the country’s most valuable player, securing 55 percent of the votes.

He was also voted the best playmaker in the Swedish top league, with no less than 65 percent of the votes.

Skipagøtu has scored 268 goals for IK Sävehof this season and 69 goals in the EHF European League.

IK Sävehof won the Swedish cup title this year but were eliminated in the semi-finals of the Swedish championships.

Skipagøtu and his Faroese U-20 teammates will travel to Portugal to compete in the 20 EHF Euro 2022, which will take place on 7-17 July.