01.07.2022 - 13:47
Aktuelt
Discounts for Eysturoy tunnel commuters
Commuters will only pay for the first 40 trips on the same stretch per month. Helicopter ticket prices will also change soon
Hallur av Rana 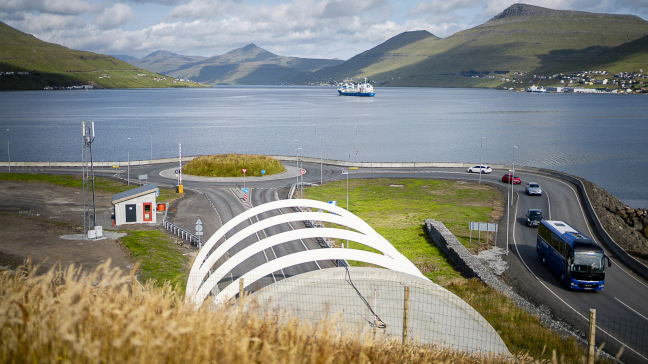 Discounts were introduced yesterday for commuters travelling through the Streymoy-Eysturoy subsea tunnel.

This means that Streymoy-Eysturoy commuters will pay a maximum of DKK 2,100 per month in tunnel toll fees.

In related news, non-Faroese residents will soon have to pay more to travel by helicopter in the country.

From 1 September, ticket prices for non-residents will triple, while prices for residents on the smaller islands will be cut in half.

The change is part of an effort to improve transport services for residents on the smaller islands, many of whom rely almost entirely on helicopter transport, according to Atlantic Airways, which runs the domestic helicopter service.