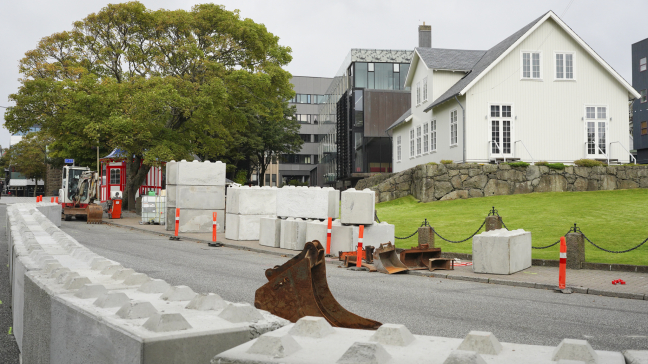 Construction began yesterday on a canal that will run through Tórshavn’s city centre. 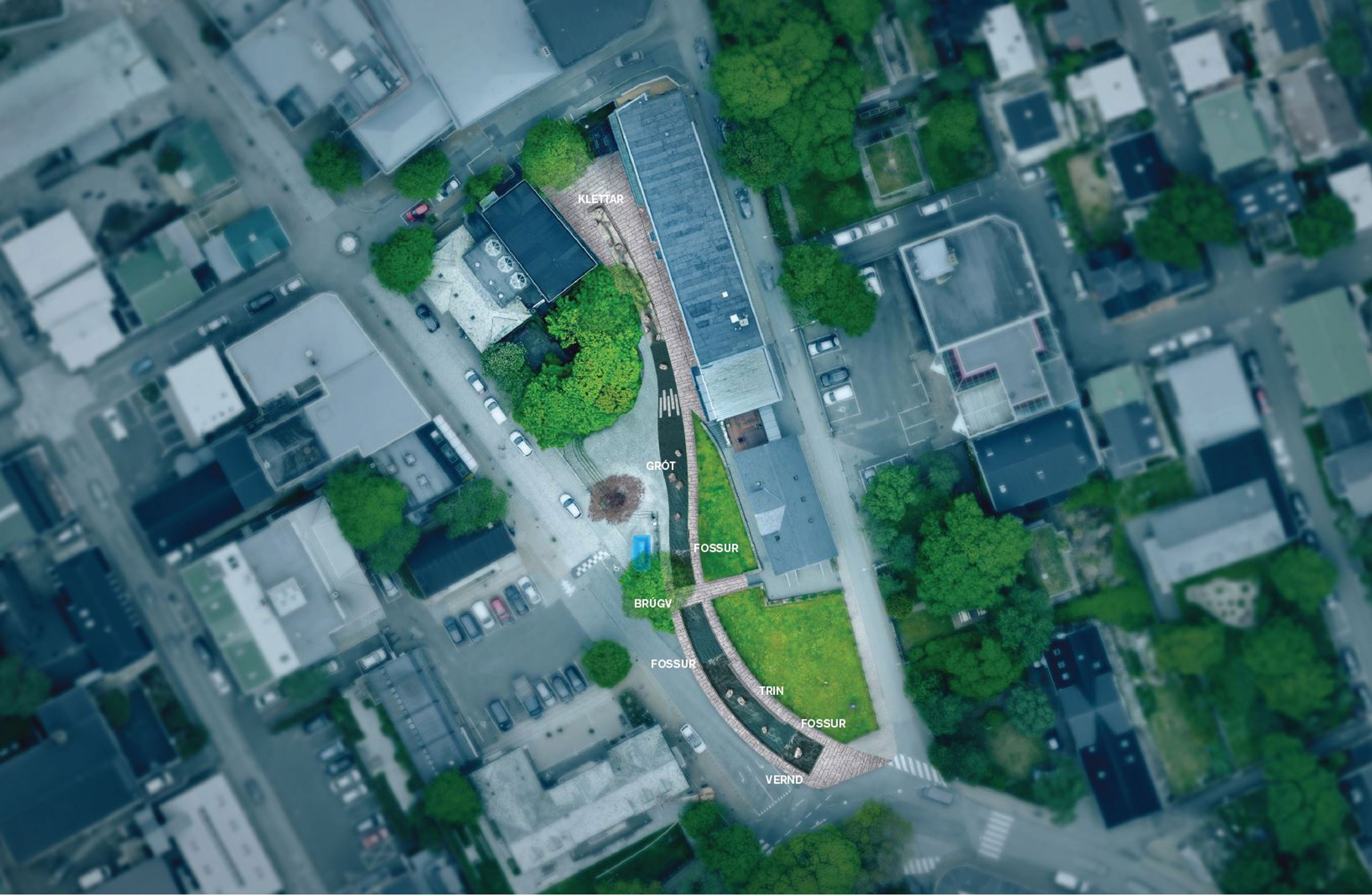 Caption:
The first stage of the three-stage project consists of a canal running from outside the Betri Banki building down to the southern end of the lawn outside the Parliament building, near the R. C. Effersøe statue

The first stage of the project is scheduled for completion by Christmas, and the remaining two stages will be carried out next year.

A thing of beauty or a waste of money?

The total project cost is estimated at DKK 12 million, which some say is rather a lot to spend on a canal. 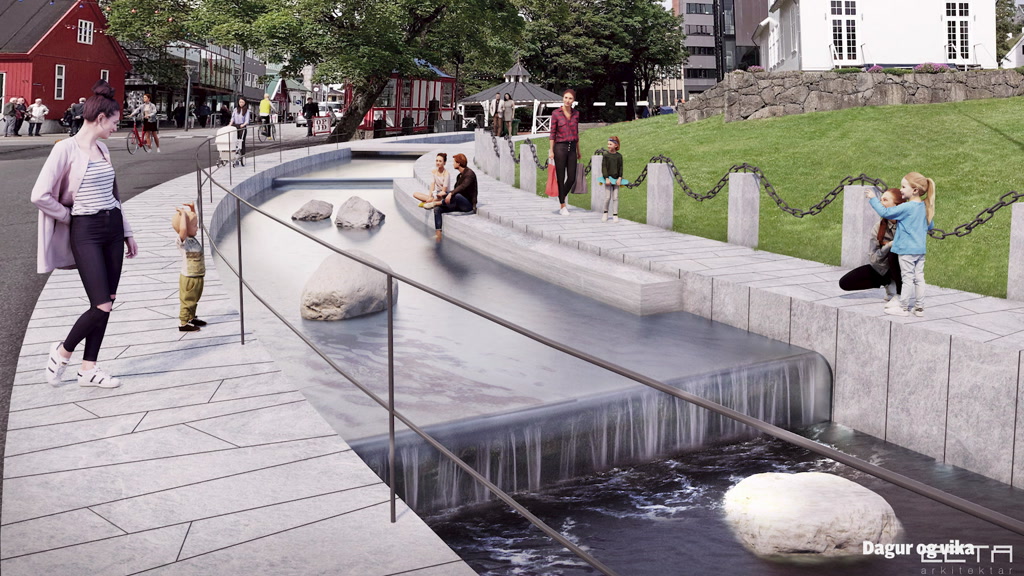 Caption:
The architect's impression of the canal

Elsa Berg, the only one of the 13 city councillors to vote against the project, says there are plenty of other projects that could use this funding.

“Out of the many areas that I would say are more deserving of taxpayer funding, daycare immediately springs to mind,” she says. 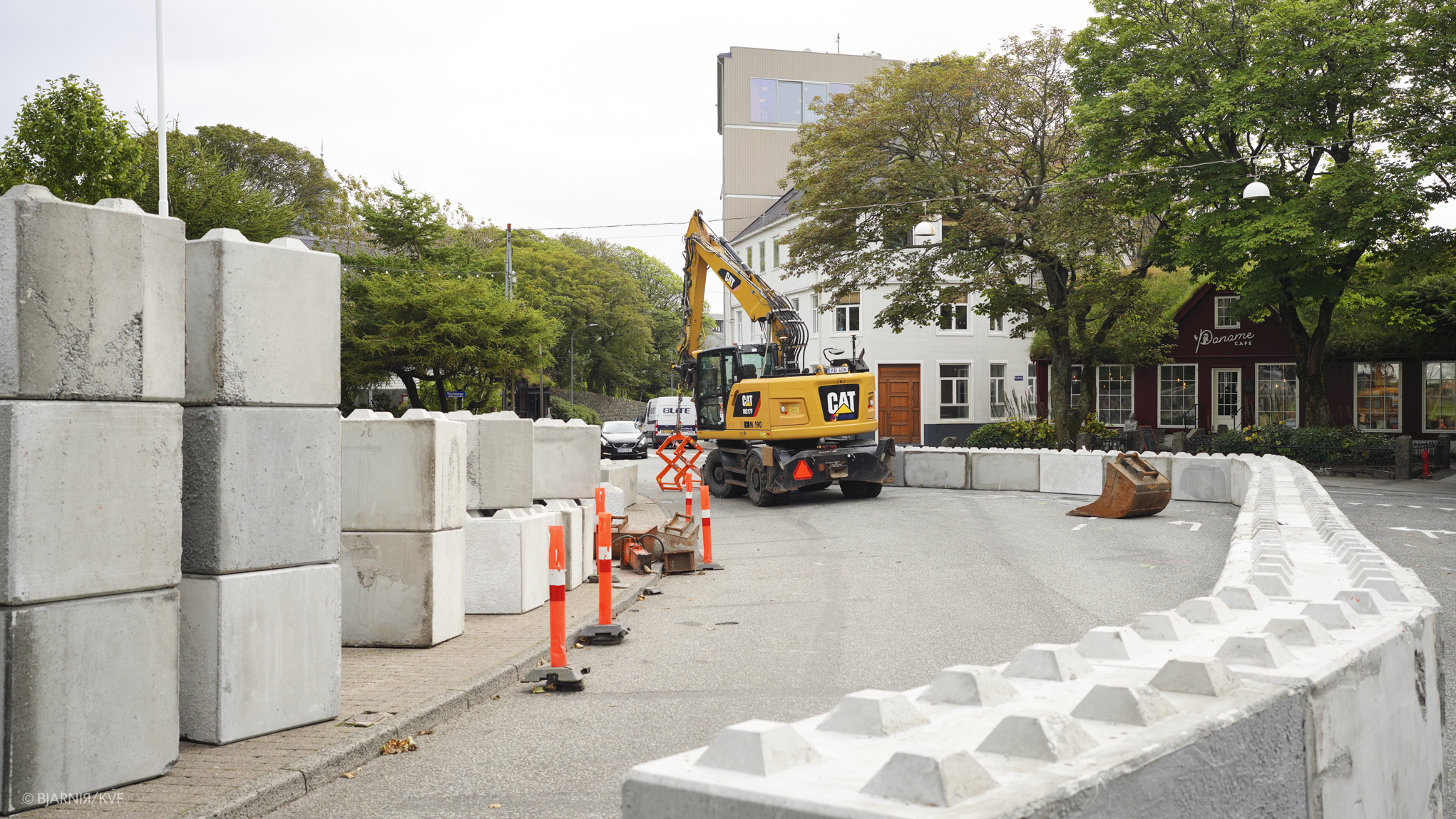 The Tórshavn residents KvF spoke to expressed views varying from “It’s beautiful and it’s a great way to attract people back to the city centre” to “The centre is fine as it is; no need to waste money on this”.

“Tórshavn City Council has no doubt that the canal will benefit the city in the long term,” he says. 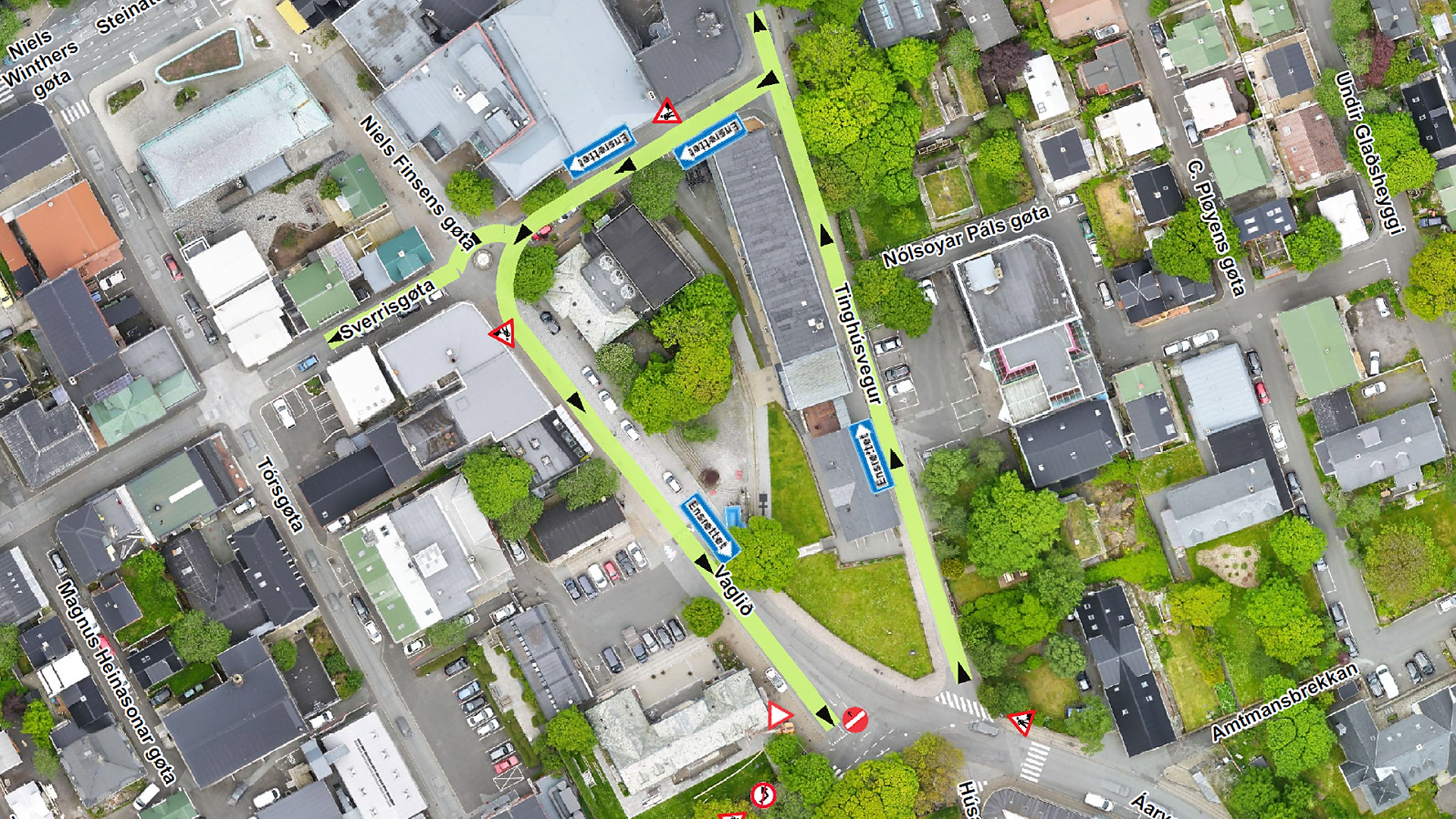 Caption:
The construction work will cause some traffic disruption in parts of the city centre. See signs for details

“Let there be no doubt that we certainly do prioritise daycare, but this canal has been planned for many, many years and the time has now come to make it a reality.”