23.11.2022 - 13:02
Aktuelt
More Faroese influence on Denmark’s foreign and defence policy
The Faroese MPs of the Danish Parliament have laid out their demands to the Danish Prime Minister
Høgni Djurhuus 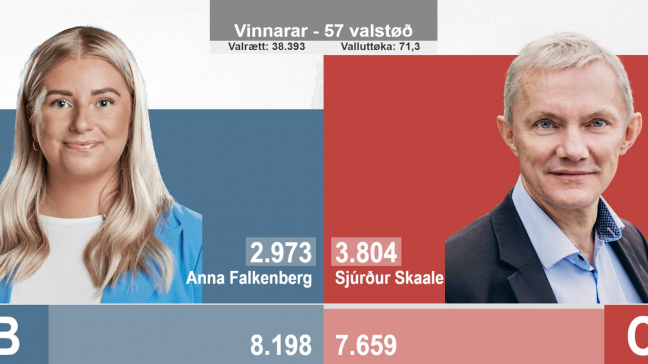 The Faroes and Greenland should play a greater role in Denmark’s decisions regarding foreign and defence policy.

This was one of the key demands placed by the newly elected Faroese and Greenlandic members of the Danish Parliament in yesterday’s meeting with Danish Prime Minister Mette Frederiksen, who is working on forming a new Danish government.

Anna Falkenberg, of Sambandsflokkurin, demanded that the Faroes and Greenland should be consulted earlier and more extensively when Denmark makes decisions regarding the North Atlantic, the Arctic region and foreign/defence policy in general.

“Such decisions should be made throughout the Danish community of the realm because together we are stronger,” she told Danish newspaper Jyllandsposten.

Sjúrður Skaale, of Javnaðarflokkurin, told Jyllandsposten that decisions regarding the Faroes should be made in the Faroes and not in Denmark or anywhere else.