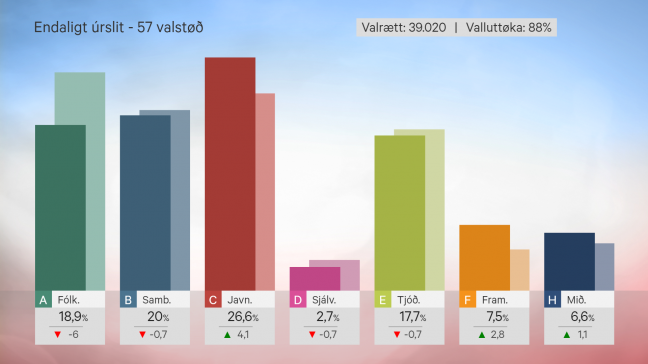 With 26.6 percent of the total vote, Javnaðarflokkurin ('C' - social democrats) won the general election by a considerable margin and now has nine seats in Parliament.

The winner of the 2019 election, Fólkaflokkurin ('A' - conservatives) slumped to third and lost two seats. 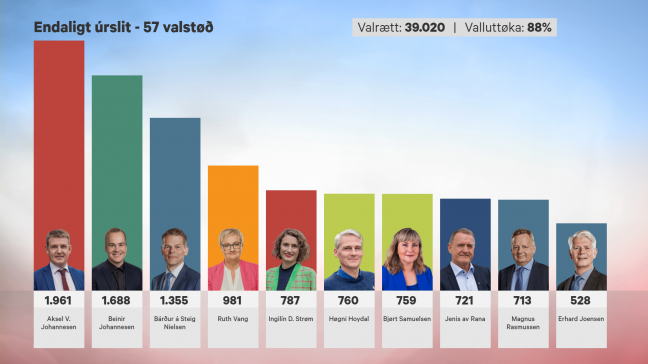 Next up was the new leader of Fólkaflokkurin, Beinir Johannesen, who obtained 1,688 votes. 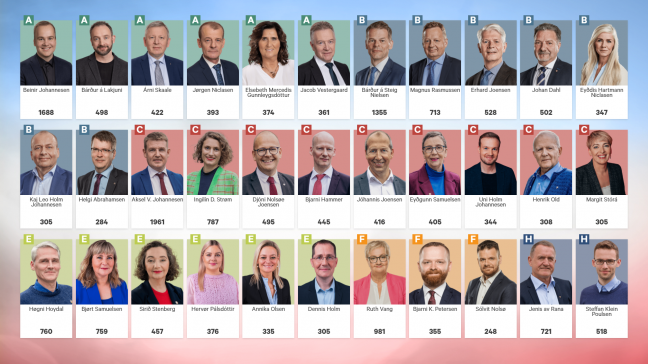