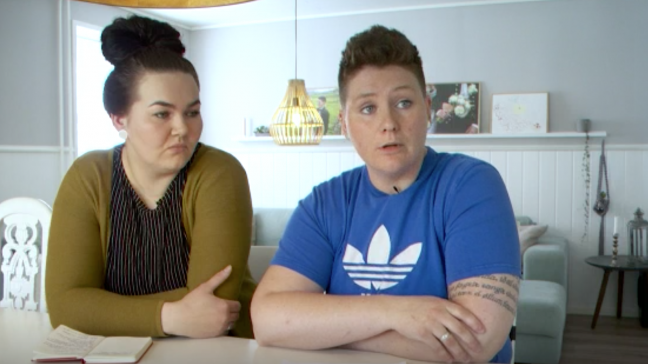 The parental leave system does not recognise same-sex marriages, according to Annika S. Vang, who is pregnant and is married to a woman.

She was taken by surprise when she recently applied for parental leave and found that she was forced to register as ‘single’.

Parental leave website barsil.fo states regarding same-sex marriages that one of the parents will receive all the available parental leave weeks, while the other receives no leave at all.

In heterosexual marriages, parents are normally given a two-week parental leave when a child is born.

But this is not the case for Vang and her wife, and that is unfair and discriminatory, she says.

“If I were in a heterosexual marriage and we were unable to have children, went to the same fertility clinic in Denmark that my wife and I used and used the same sperm, my husband would probably be eligible for paternal leave.”

With the current situation, Annika will stay home with the child while her wife will be out working, which she finds unfair because she says it is no less important for same-sex couples as for heterosexual couples to be allowed time together with their child in the first weeks.