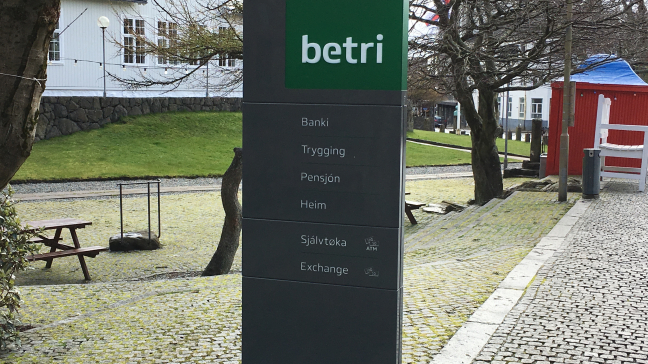 Negative interest rates on deposits means that instead of receiving money on deposits in the form of interest, depositors must pay regularly to keep their money with the bank.

Business clients with deposits of more than DKK 100,000 will now pay a 0.3 percent deposit rate, while those with more than DKK 1 million will pay 0.65 percent.

According to the bank’s CEO, Jean Djurhuus, the introduction of negative interest rates is a result of the current trends on the international financial market.

“It is becoming increasingly difficult for us to refinance our deposits as the expenses associated with providing loans have been on a steady increase over the past few years.” he says.

“So we have decided to do as many other banks around the world, and also here in the Faroes, and recover some of these expenses from some of our clients.”

He adds that it may seem strange that with current strength of the Faroese national economy, the banks need to resort to introducing negative interest rates, but capital pricing is ultimately determined by the international financial market.

According to Djurhuus, it is impossible to say if or when the negative interest rates trend will change.

At the moment, private bank clients are affected by the bank’s negative interest rates, but the CEO cannot rule out the possibility of this happening at some point in the future.