14.02.2020 - 06:52
Aktuelt
Airport traffic: 47% foreigners and 53% Faroese
As the number of passengers travelling through Vágar Airport continues to rise, so does the urgency of expanding the terminal
Johnsigurd Johannesen 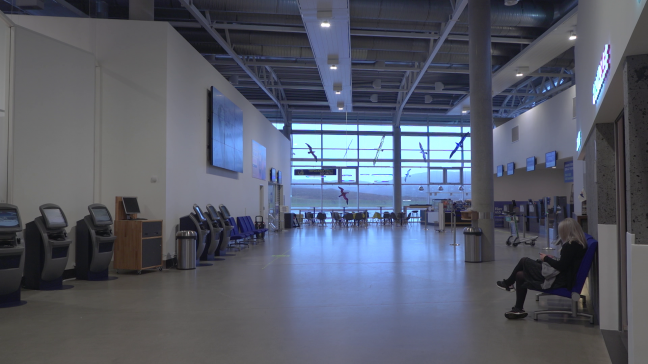 The figures show that 47 percent of airport passengers were of a non-Faroese origin, while 53 were Faroese citizens residing in the Faroes or elsewhere.

The airport management says that this figure is fairly accurate, as passengers are required to state their country of residence before they can proceed through the security check.

According to airport CEO Regin I. Jakobsen, there is nothing to indicate that this figure will go down in the future.

Although the supply of flights has risen considerably since SAS launched its service between Vágar and Copenhagen, this does not appear to have had a negative effect on Atlantic Airways.

Jacobsen says that with the upcoming hotels in Tórshavn, the pressure on the airport will grow even further, which means the need for an expansion of the terminal is becoming a matter of urgency.