Other viral infections have “vanished”

24.04.2020 - 08:50
Aktuelt
Other viral infections have “vanished”
The National Hospital’s children’s ward has seen a big decrease in the number of inpatients since the corona outbreak
Krista Johnsdóttir Kreutzmann 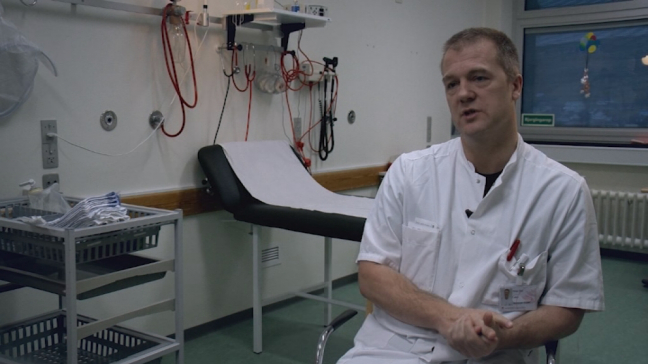 The children’s ward at Tórshavn’s National Hosptial is currently characterised by empty beds and an unusually silent waiting room.

The reason is that when schools and daycares shut down on 12 March as part of the national lockdown, viral infections other than COVID-19 virtually disappeared.

“If we look at viral infections as little fires with a potential for spreading, we could say that all those fires were put out when the lockdown was introduced, as families withdrew into their own homes and the viruses could no longer spread,” says Elmar Ósá, chief physician at the children’s ward.

>> SEE ALSO Tips for parents sending their children to daycare

Faroese children are exposed to a number of seasonal viral infections such as the common flu, the metapneumovirus and the rhinovirus, which are transmitted in the same way as the coronavirus, i.e. through the respiratory tract.

“Every year, around April-May, the children’s ward regularly takes in children with various respiratory problems such as asthmatic bronchitis and bronchiolitis, but what we’re seeing this year is that these disorders appear to have been magically wiped away.”

The doctor adds that this trend is also visible in other countries.

No children have so far been hospitalised for COVID-19 treatment, but if this were to happen, the child will be admitted to the children’s ward rather than the newly established corona ward.

“The children’s ward has specialists in infectious diseases, so this would be the right place for children to go should they become infected with COVID-19,” says Ósá.

“A few children have been infected, but the children’s ward was not involved as these children recovered quickly and did not require hospitalisation.”