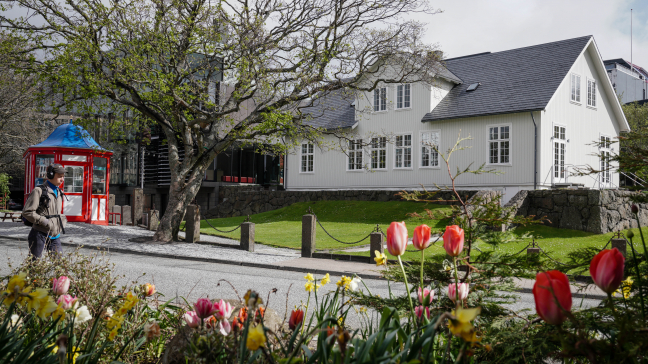 The Houses of Parliament in Tórshavn

The government’s job retention scheme will be extended until 31 August from the original expiry date of 30 June.

The proposal to authorise police to enforce the recommended 10pm closing times for bars and nightclubs has been put on hold.

And COVID-19 rescue package number 3, aimed primarily at the tourism industry, has now been passed.

These were among a number of bills that were given an expedited passage through Parliament yesterday.

The government will reimburse employment service ALS, which administers the job retention scheme, with DKK 20 million, which is the expected cost of extending the scheme.

A few changes were made to the scheme, one of which being that employers are no longer allowed to lay people off while they are registered in the job retention scheme. This means that employers will be required to pay the full redundancy costs.

It looked as if the proposal to authorise police to enforce the recommended 10pm closing times for bars and nightclubs was going to be voted down. But minutes before the actual vote, it was decided to put the proposal on hold for further discussion.

Rescue package number 3, which provides compensation for lost income to companies in the tourism industry due to the corona crisis, was also approved.

Like the job retention scheme, this rescue package was also extended from 30 June to 31 August.

Support for arts and culture

Changes to the original proposal included an extension from 30 June to 31 August for compensation to artists, an increased maximum compensation for music festival from 75 percent to 85 percent of preparation expenses and a lowering of the minimum requirement for compensation entitlement to charity organisations from DKK 100,000 to DKK 50,000.