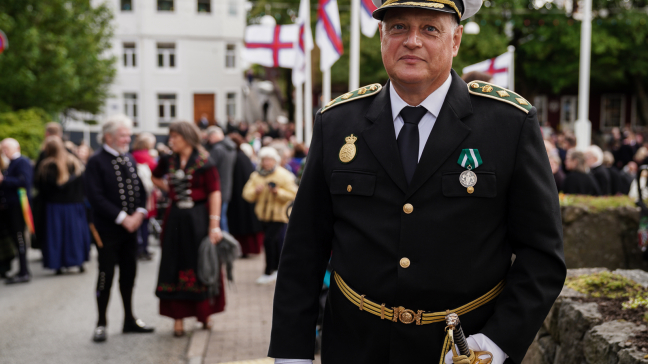 Social distancing guidelines were widely flaunted throughout ólavsøka, according to the police, and this reached a climax around midnight when thousands of people had gathered outside the City Hall for the traditional ólavsøka singalong.

The official event had been cancelled due to Covid-19 concerns but, in keeping with tradition, the crowd began to grow as midnight approached.

According to KvF reporters on the spot, there was some tension as to whether people would actually start singing, but only minutes after midnight the large crowd burst into song, almost as though no restrictions had been issued.

Ahead of the ólavsøka, police chief Michael Boolsen said the police would up its presence during the celebrations to ensure that people maintained a safe physical distance.

“We did what we could to remind people about social distancing, but when the crowd becomes as big as it was at last night’s singalong, there really isn’t much we can do,” he said today.