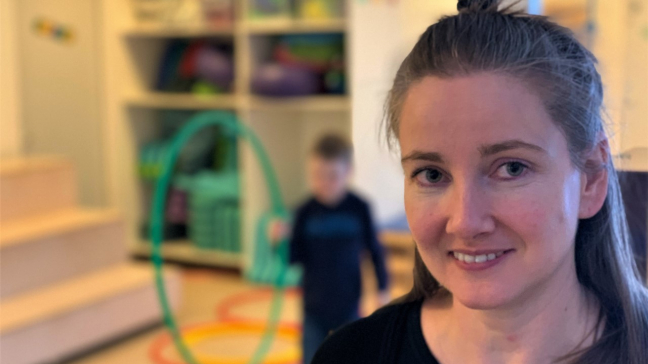 The constant interruptions caused by the rolling registration of new children prevent daycare workers from doing what they are supposed to be doing – engaging with the children.

This is the key message in a letter of complaint sent last summer to Tórshavn City Council, signed by more than half of the city’s total number of daycare workers.

They argue that the City Council’s BARN registration system overlooks the pedagogical principles crucial to successful daycare, with unfortunate consequences for staff and children alike.

“Our foremost duty is to ensure that a child feels welcome in a daycare centre. But we get new children throughout the year and that prevents us from engaging on a deep level with the children,” says Alma á Lava, one of the pedagogues who signed the letter of complaint.

“With the BARN system, children are enrolled in daycare as soon as they turn three because the system says so, regardless of whether or not they are ready for it, whereas before we talked to the parents about the children’s suitability for daycare.”

She adds that this not only shifts the focus from pedagogical work; it also results in the daycare centres often being filled beyond capacity by the end of the daycare year.

“The ‘in at age three’ principle does not apply at the other end of the scale because the six-year-olds do not leave when they turn six. They stay on until the summer break,” she explains.

“This creates a lot of pressure. The staff are kept busy trying to help the new children adapt to their new environment, which can easily lead to neglect of the other children.”

She and the other daycare workers who signed the letter of complaint are calling on the City Council to revise the system and allow for more stability so that pedagogy again becomes the top priority in daycare centres.

The City Council has yet to respond to the letter of complaint.