02.04.2021 - 13:04
Aktuelt
Coach timetable changes postponed
Timetable changes for coach services between Tórshavn and northern parts of the country have been postponed until the end of this month
Bjarni Mohr 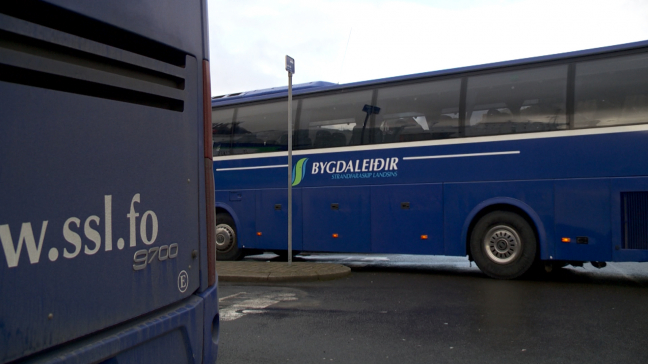 The new timetables for selected Bygdaleiðir coach services, due to take effect yesterday, have been put off until 30 April.

In early March, Public transport company Strandfaraskip Landsins (SSL) put its planned timetable changes for route 400, 440 and 450 out for public consultation following reports of traffic complications since the opening of the Tórshavn-Eysturoy subsea tunnel.

Having received 86 consultation responses from the members of the public, SSL has now decided to postpone the planned changes while it reviews the responses.

In its review process, the company will be looking at how adjustments can be accommodated within the current financial, administrative and infrastructural framework.

Route 400, between Tórshavn and Klaksvík, had 78,854 passengers last year, while route 440, covering the Eysturoy stretch from Strendur to Toftir, had 46,343 passengers.

As route 450, between Skálafjørður and Kollafjørður, was not introduced until after the opening of the new subsea tunnel in December 2020, only 55 passengers were registered on that route last year.