27.07.2021 - 13:59
Aktuelt
Big shockwaves from quarry
What sounded and felt like the start of World War 3 yesterday was just a regular quarry blast strongly amplified by the humid weather
Grækaris Djurhuus Magnussen 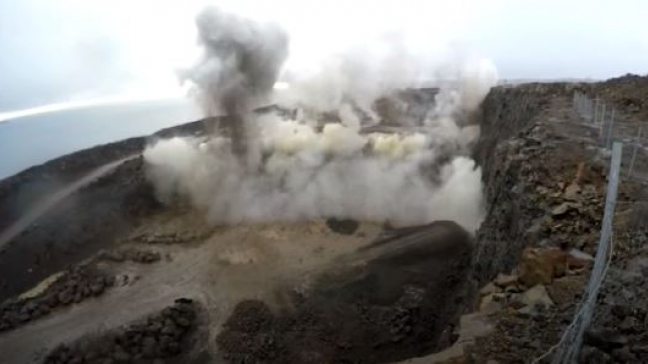 A blast at the Glyvursnes quarry east of Argir caused tremors throughout the central region around 6pm yesterday.

Police were inundated with calls from worried residents in the capital region and as far away as Eysturoy.

It soon emerged that what sounded and felt like impending doom was just an ordinary blast at the quarry.

“The explosion charge in this particular case was about average for us,” says Eyðfinnur Lenvig, project manager at Tórshavn’s harbour expansion project.

“We have used charges up to ten times stronger than this one in the past. The only explanation we have for these massive shockwaves is the high level of humidity at the time of the blast.”

He adds that similarly big shockwaves came from a blast at the quarry a few years ago, and the weather conditions at that time were almost identical to yesterday.

The quarry workers are almost done blasting stones for the Port of Tórshavn expansion project, which is scheduled for completion in October.

“We need to do another four-five blasts and then we’re done. So if people hear and feel another big explosion in the coming days and weeks, chances are it comes from the quarry,” says Lenvig.