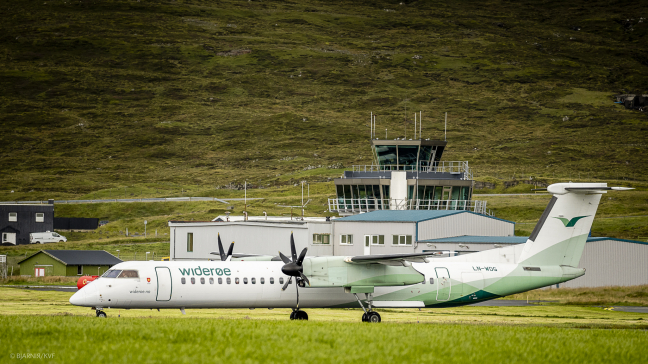 Norwegian airline Widerøe is so pleased with its Norway-Faroe Islands route that it will increase its flight frequency from two weekly departures to four.

Since the airline commenced its regular flights to the Faroes in September, it has had two weekly departures (Mondays and Fridays) from the Faroes to Bergen.

In May, two further departures, on Thursdays and Sundays, will be added.

“This is delightful news, not least during this period of slow activity in the travel industry,” says Regin I. Jakobsen, managing director of Vágar Airport.

He adds that the airport has seen a notable increase in Norwegian travellers since Widerøe started its regular flights to the Faroes, which means the airport is basing the decision to expand its schedule on its own customer base.