Women speak up about nude pics

20.05.2022 - 17:21
Aktuelt
Women speak up about nude pics
“We are not the ones who should be ashamed,” say three women whose private photos have been shared widely online
Barbara Holm 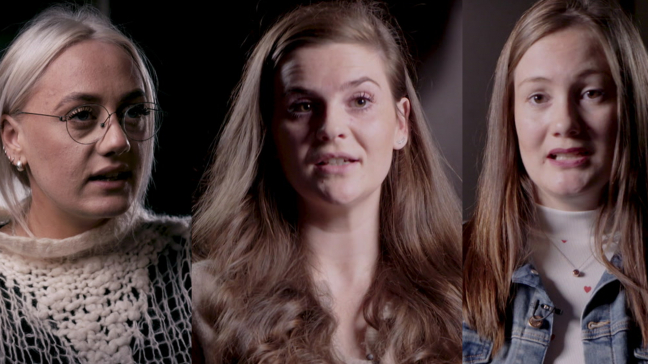 A collection of private photos of more than 70 Faroese women is doing the rounds online.

Going by the name of "Golden Maps", this collection is not new – it dates all the way back to 2011 when newspaper Sosialurin reported on the problem of nude or near-nude photos being shared online in the Faroes.

“Golden Maps” returned to public debate on Saturday when the police warned the public against sharing such images online. Three of the 70+ women in the collection have now stepped forward to speak up against what they term “digital harassment”.

They renounce the shame that many want to attribute to them because their private photos are circulating on the internet.

“I have nothing to be ashamed of," says Rannvá Magnadóttir.

"It’s those who share content like this who should be ashamed. This is an illegal act. I decided to speak up about this to discourage people from sharing such content if they receive it.”

She has posted a video clip on her Instagram in which she describes her experience. The clip has had more than 15,000 views.

Standing up for other women

“I am just one of many,” she explains.

“Some of these women suffer serious psychological damage. They are unable to speak up about the experience, which is why I felt a need to go public with my story.”

All three women say they know of other women on the list who have been badly affected by this experience.

"I am one of the strong ones,” says Anne Priess.

”This does not bring me down. I know of many other women on the list who have suffered massively. They have told me they have isolated themselves completely because they feel judged by everyone.”

Guðrun Magnussen says that speaking up about her experience gives her a sense of empowerment and helps her control the situation.

“I thought I might as well make the best of a bad situation and show that this happens to more women than one might think,” she says.

“I also wanted to shed light on the general attitude around this issue and show that the real shame lies with those who share this content, not with us.”