03.07.2022 - 18:30
Aktuelt
Remembering road traffic victims
Flower bouquets were this morning placed at roadsides across the country in memory of the people who died in traffic accidents
Hilmar Jan Hansen 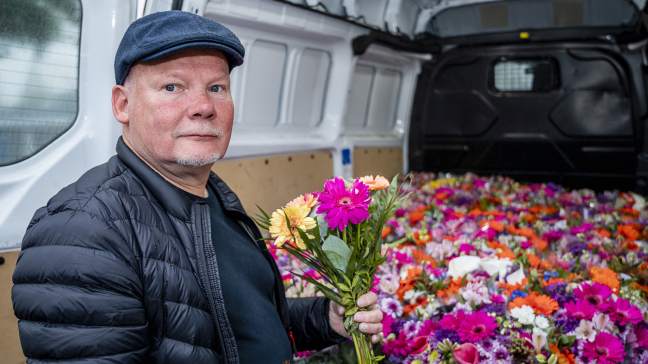 The Faroese day of remembrance for road traffic victims has since 2000 been commemorated on the first Sunday of July.

Flowers have been placed at the locations where people have died in car accidents, and churches and other religious institutions have said their prayers for the victims and their grieving families.

>> SEE ALSO No traffic fatalities but many accidents

This occurred in December when a 12-year old girl died in an accident at the notoriously unsafe road junction near the Streymoy-Eysturoy bridge.

The Faroese day of remembrance for road traffic fatalities has been observed since 2000 when Ingi Gunnarsson began placing flowers at roadsides on the first Sunday in July.

He still organises the day together with other volunteers. Sponsors include the Faroese Road Traffic Council along with business and private sponsors.