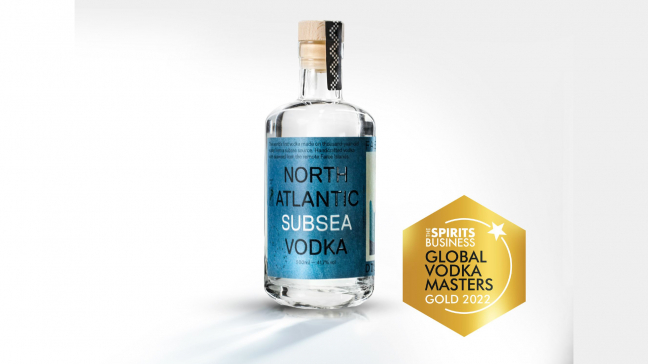 North Atlantic Subsea Vodka, the world’s first vodka containing subsea water, was due to launch this morning at 10am.

However, shortly before 10am, food authority HFS ordered the Faer Isles Distillery to halt the launch because the water used in the vodka had not been extracted from a legally approved source.

“We had submitted our water for quality checks at private lab Thetis, which said it was top-quality water,” Faer Isles Distillery wrote on its Facebook page this morning.

“But the HFS says that water for human consumption must come from an approved source.”

It started with a leakage

During drilling for the Streymoy-Sandoy subsea tunnel, workers noticed a leakage originating from a pocket of fresh water.

This leakage continued for months, and the Faer Isles Distillery decided to use the water to produce a special vodka.

As soon as the vodka was ready, it was submitted to the The Vodka Masters, one of the world’s most prestigious vodka competitions, which awarded it a gold medal in the Super Premium category.

Faer Isles Distillery says it will do everything in its power to obtain the necessary approvals to get its award-winning vodka onto the shelves.