27.09.2022 - 17:27
Aktuelt
GP shortage reaches critical level
Family doctors are quitting due to ever-increasing workloads. Many GP surgeries only have substitute doctors; some are even unstaffed
Elin Winther Poulsen
Dann Vinther 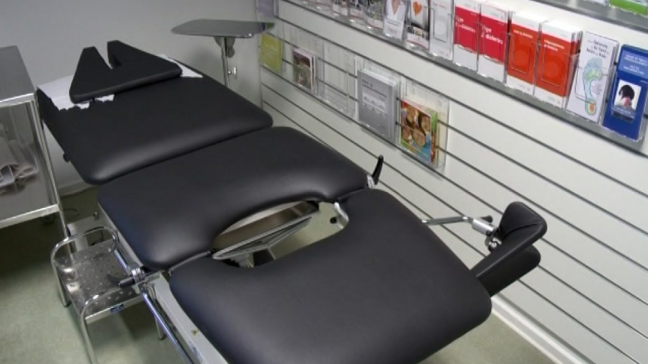 About 1,600 people in the Faroes are not registered with a GP surgery, and some 9,300 people do not have a permanent GP

There has been a shortage of family doctors (GPs) for many years, and the problem has now reached critical levels.

Many GP surgeries are only staffed with substitute doctors, and some are even unstaffed.

“The lack of permanent GPs can in some cases have disastrous consequences as many patients are left waiting far too long for the treatment they need,” says Gunhild Helmsdal, who has worked as a GP for many years.

She has now taken a leave of absence from her GP position to embark on studying for a research degree.

And Helmsdal is not the only one.

Several GPs have recently resigned or taken leave of absence. An excessive workload and an inadequate IT system are the most commonly cited reasons.

People who cannot access a GP turn to the emergency medical service (Læknavaktin) at the hospitals.

“People are desperate,” says Bjarni Wardum, a GP who takes regular shifts at the emergency service.

“After spending the whole day trying in vain to get through to a GP, they turn to us. The Læknavaktin meant to be an emergency service, but now we essentially double as a supplementary GP service.”

This creates big bottlenecks, resulting in less effective treatment and a great deal of stress for the doctors.

“This obviously affects the patients, too. If you don’t have a regular GP, you have to repeat your story to every new doctor you meet, which is frustrating at best and potentially dangerous because it’s virtually impossible to get to the core of the problem – not least for people who struggle with the Faroese language.”

He adds that there is plenty of evidence that having a permanent GP significantly improves a person’s health and can even prolong the person’s life.

“A GP’s job includes opening the doors to the rest of the health system, so if patients don’t have adequate access to a GP, there is no doubt that some will suffer, possibly resulting in some avoidable deaths.”

Lots of talk but no action

GPs have for years been calling on the authorities to acknowledge the seriousness of this problem.

Like Helmsdal, Wardum says that if major structural changes are not made immediately, the consequences could be disastrous.

“There is lots of talk but no action. This is simply unacceptable for a society that calls itself a welfare society,” he concludes.

Finding a solution to the GP problem, he says, is not easy but it can – and certainly should – be done.

“In the short term, the problem can be fixed with substitute GPs. As my colleague Bjarni Wardum said, this is not an ideal solution due to the lack of continuity. It is also a very expensive solution, but it does help plug the shortage in the short term.”

There is, however, a desperate need for a long-term solution.

“We currently have 32 GPs. Ideally, we should have 50. It will not be easy to reach this goal. The only way we can do it is to make working as GP an attractive career proposition for all the young people currently studying medicine,” he says.

“There is a lot of negativity surrounding the GP profession these days. The authorities need to implement a plan, a real long-term plan which all parties – politicians, aspiring GPs and other healthcare workers – believe in and agree on. There is no quick fix, but if we can find a willingness to work toward such a plan, there is some hope ahead.”