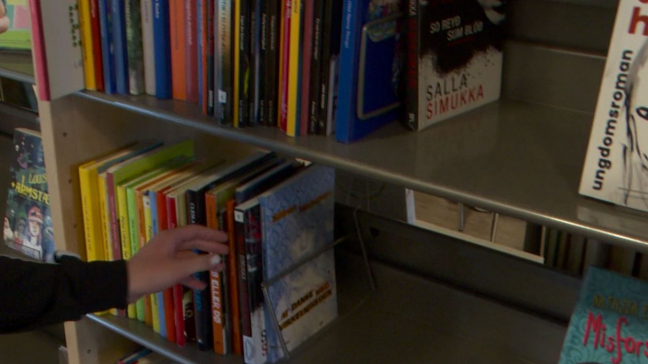 Faroese children used to read a lot of Faroese books, both at home and in schools.

This is no longer the case, according to a new report, based on qualitative and quantitative data from pupils in the sixth form, presented at the annual ‘Læraradagar’ teacher’s conference last week.

“Today, children barely read anything at home, and the amount of reading in schools varies greatly from one school to another,” says Lydia Didriksen, who co-authored the report.

“All the schools we visited had good reading facilities, with libraries, etc. But in general, pupils don’t read much. Our impression was that the amount of reading depends to a large extent on the teacher.”

In light of these findings, the authors of the report have recommended that schools implement new policies specifically aimed at encouraging pupils to read more.

A key finding in the report is that pupils are increasingly influenced by the English language.

Most of the children surveyed said they prefer to read in Faroese. However, the authors noted a trend in which those who rarely or never read Faroese books tend to use more English words and phrases when they speak.

“Many children, especially those who spend a lot of time online, often struggle to find the right phrase in Faroese when they speak and then resort to expressing themselves using English words and phrases,” says Didriksen.

“This is obviously a cause for concern. When English goes from being used as a supplement to the Faroese language to becoming dominant, we have a problem.”

The only way to turn this trend around, she argues, is to find ways of reigniting children’s interest in reading Faroese books.

“The written language is where they develop their Faroese vocabulary. The spoken language is much more limited in that respect because we tend to stick to the same words when we speak.”