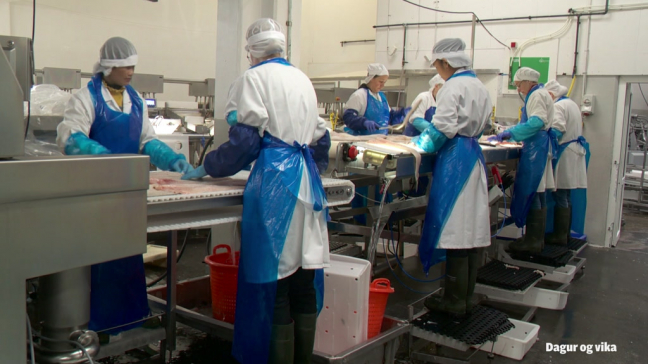 Some six percent of the Faroese labour force consists of workers from outside the Danish kingdom.

At Sandoy Seafood, this percentage is closer to 35.

“We’re constantly looking for new staff abroad. The factory would not be able to continue without our foreign workers,” says CEO Martin Olsen.

He says the new fast-track system for foreign worker intake has made it much quicker and easier to hire new staff.

Employing many foreign workers is, however, not without its challenges. Not all the staff at Sandoy Seafood speak English, which Olsen says can cause some minor complications, but there is a bigger obstacle:

“It has not been easy to find accommodation for all the new staff,” he says.

“If this wasn’t such a hurdle, we would probably have hired even more workers from abroad.”

According to the latest figures, about one in five workers in Faroese fish factories has a non-European background.

Read/watch the Faroese version of this article here.