26.09.2018 - 12:59
Aktuelt
Man charged with killing young woman
A 23-year-old man has been charged with homicide in a case dating back to 2012 when a 16-year-old girl was found dead near Hvannasund
Eyðbjørt Skylv Midjord 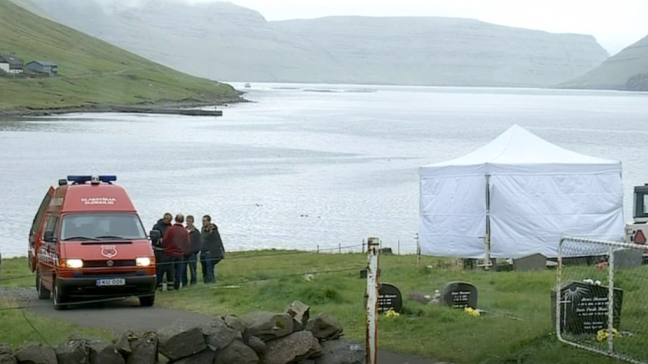 In September 2013, the body of the 16-year-old girl was exhumed. The subsequent autopsy came to the same conclusion as the initial one in November 2012. Photo: Dagur & Vika, 6 September 2013.

Police announced yesterday that a 23-year-old man was charged with homicide in July this year.

The charge is in connection with the death of 16-year-old Maria Fuglø Christiansen, who was found dead in the sea by the Hvannasund embankment in Borðoy in November 2012.

The suspect has been questioned again. He denies the charge and refuses to make any further statements to the police.

Based on the autopsy of the dead body, the police concluded in November 2012 that there was no evidence of assault or any accident.

It later emerged that the girl had been dating a young man, who had been charged with attempted murder in Norðdepil on 14 July 2013. This prompted suspicions that the young man may have been involved with the girl’s death.

A decision was made to exhume the girl’s body in September 2013. However, the second autopsy came to the same conclusion as the first one.

In August this year, police asked the public for further information about the case, by which time the suspect had already been charged.

However, as the case has not yet been solved, the police are still asking the public to contact them by dialling 114 if they think they have any relevant information.