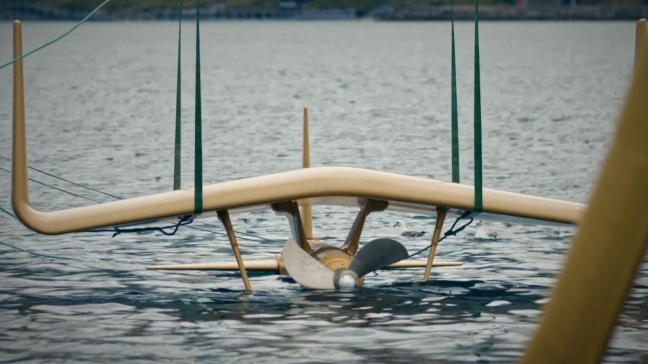 Ocean current energy may prove to be a useful addition to wind and solar power in the Faroes, according to national energy supplier SEV.

“Although ocean current energy is not part of SEV’s official future plans, we may seek to scale up this form of energy production in the coming years,” says SEV’s development manager Terji Nielsen.

This optimism comes after two ocean current turbines, which were installed in the Vestmannasund strait earlier this year, started producing electricity for the national grid yesterday.

The turbines form part of a pilot project involving SEV and Swedish marine energy technology developer Minesto, which seeks to test the viability of producing electricity from tidal streams and ocean currents in the Faroes.

“If we continue to see the positive results we have seen in our early trials, it is not inconceivable that ocean current energy will become a key part of Faroese electricity production in five years’ time,” says Nielsen.

Minesto’s technology produces electricity from slow tidal streams and ocean currents by sweeping a small turbine across a large area at a speed several times the actual speed of the underwater current.