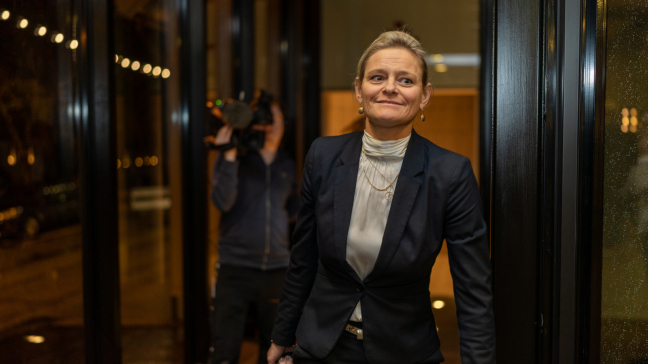 MP Annika Olsen, of Fólkaflokkurin, was one of two coalition MPs to vote together with the opposition

MPs today voted in favour of three proposals from the opposition regarding parental leave for same-sex couples.

The three proposals were approved with 17 votes in favour and 16 against.

Two of the proposals are draft bills which require one further reading in Parliament.

Two coalition MPs, Jóhan Dahl of Sambandsflokkurin and Annika Olsen of Fólkaflokkurin, secured the majority vote by voting together with the opposition.

It remains unclear what consequences today’s vote will have for the government, but government party Miðflokkurin has warned that government MPs voting in favour of these bills would spell the end of the current government coalition.

Miðflokkurin has repeatedly stated that it will under no circumstances support a bill which seeks to improve the rights of same-sex couples.