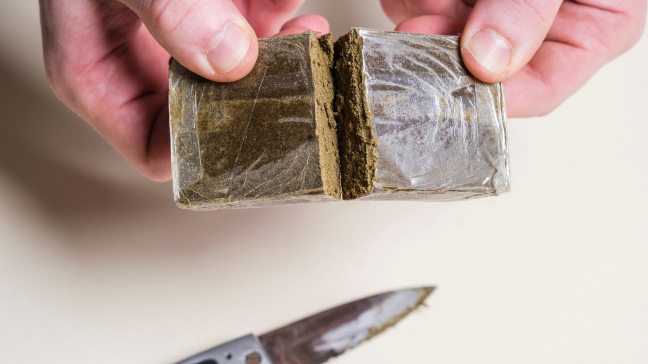 The 45.6 kg of cannabis confiscated by the police so far this year is by far the largest-ever quantity for a single year.

About 22 kg was seized in 2017, which is the second-highest quantity in one year.

“There is the potential of earning lots of quick and easy money by smuggling drugs, so many are tempted to make a business out of doing this.”

Harder drugs such as cocaine, amphetamine and MDMA have also been confiscated, but the quantities are about the same as previous years.

“One of the reasons why cannabis is dominant on the market is that it is easier to sell because people know what it is. With other drugs, people may have doubts about the nature and the purity of the substance.”

Andreasen adds that the police have adapted their methods in recent years so that they now primarily target large quantities.

“But this does not mean that we ignore the smaller amounts. We catch small amounts every day.”

Eyðun Mørkøre, the head of tax and customs agency TAKS, says the big increase in cannabis confiscations is an indication of better efficiency in customs.

However, he cannot rule out that the large quantities may also indicate increased drug use in the country.