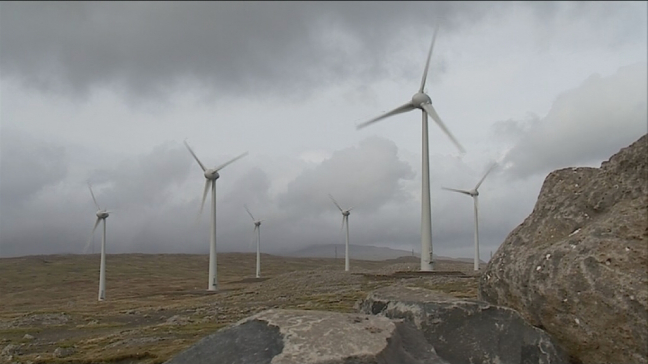 The wind power plant in Húsahagi, west of Tórshavn, produced more than 5,000 megawatt hours in October, which is more than ever before.

Last month, wind turbines across the country produced 7,600 megawatt hours, which was enough to cover the electricity needs of all private households.

Green energy made up 68 percent of the total Faroese energy production in October, with 23 percent coming from wind power and 44.5 percent from hydropower, according to national power company SEV.

In October last year, green energy made up 64 percent of the total energy production. In October 2016, this figure was 46 percent.

This October saw a 4.5-percent increase on October 2017 in terms of total energy production.

Despite the record-breaking green energy figures, the use of oil grew by 7.7 percent this October, compared to October last year.