30.07.2021 - 15:46
Aktuelt
Thousands gather for ólavsøka singalong (again)
Like last year, the popular midnight singalong at ólavsøka was cancelled out of Covid concerns and, like last year, thousands ignored the ban
Marjun Dalsgaard 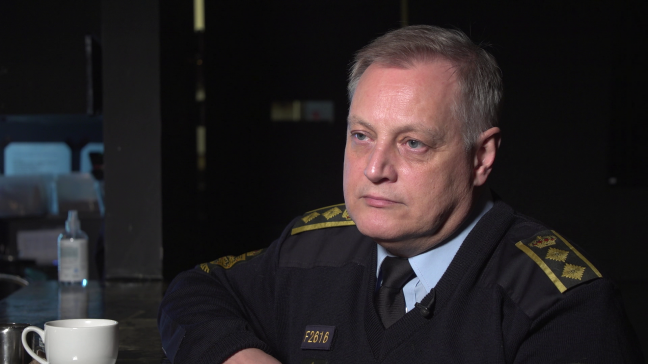 Michael Boolsen, police chief and head of the epidemic commission

The head of the epidemic commission is slightly annoyed after hearing that people ignored the ban against gathering for singalong.

“It is fair to assume that people should have learned about social distancing by now,” says Michael Boolsen, police chief and head of the epidemic commission.

Social distancing guidelines were widely flaunted throughout ólavsøka, but the risk of infection increases significantly when a large crowd gathers together to sing, he adds.

“As we probably all know by now, the virus is transmitted through droplets and aerosol particles, which travel more freely through the air when many people sing in close proximity to one another.”

Most people appeared to enjoy the festivities, but it wasn’t patriotic bliss for everyone.

Police received six reports of fighting during the two days. In one of the instances, a woman was punched in the face, and in another a father and son ended up in a fight.