Wind damage across the country

02.01.2022 - 13:03
Aktuelt
Wind damage across the country
Police are advising people to secure or remove loose objects outside their homes as strong winds will be returning tonight
Marjun Dalsgaard 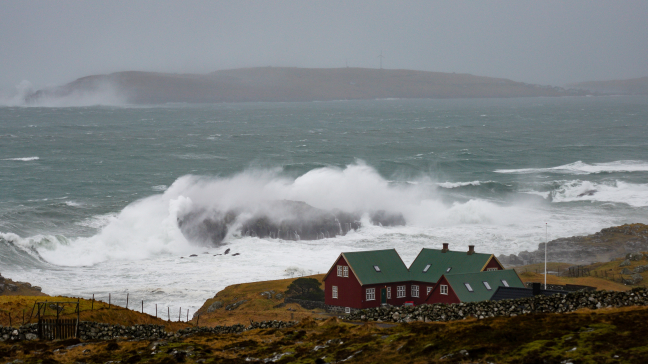 Police received 16 damage reports from 7pm and 2.30am last night.

At 7pm, a car crashed into a large rock that had fallen onto the road to Vestmanna. No personal injury was reported, but the car suffered major damage.

Most of the damage reports came from Tórshavn, Klaksvík and Sundalagið (the area around the Streymoy-Eysturoy bridge).

In the Sundalagið region, two mobile homes were sent flying, a house roof broke loose and a container had to be secured after it had started sliding from its place.

Projectiles in the wind

Police in Klaksvík and Suðuroy received a total of three reports of windows being smashed by loose objects flying in the wind.

According to the police, half of the reported damage was caused by building materials and other loose objects.

Further strong winds are expected tonight, and police are calling on residents – and especially construction firms – to secure or remove any loose objects.

More Faroese News in English. (The link on the mobile site under the ‘tænasta’ link inside the three-line menu.)