22.11.2022 - 16:24
Aktuelt
New wave of refugees
The total number of Ukrainian refugees in the Faroes is expected to reach 103 by the end of November
Sára Jógvansdóttir 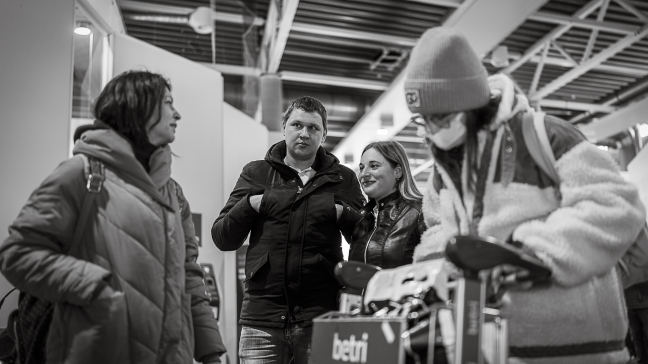 Archive photo of Ukrainian refugees arriving in the Faroes in March

Ukrainians are expecting a cold and tough winter as the country’s critical infrastructure is under constant bombardment from Russia.

This is causing a new wave of Ukrainians, mostly women and children, to seek shelter in other countries, including the Faroes.

Last week saw the arrival of nine refugees in the Faroes, and a further 15-20 are expected this week.

“Many refugees who fled to countries near Ukraine at the start of the war are now starting to move to other countries,” explains Fía Niclasen, refugee coordinator at Red Cross Faroe Islands.

“Many of the new Ukrainian arrivals know some of the people who came here earlier this year.”

To accommodate all the new refugees, Red Cross Faroe Islands has opened a second reception centre.

“We have managed to cope with the demand so far. There is some pressure right now, but we can open a third and a fourth reception centre if the need arises,” says Niclasen.

The first Ukrainian refugees arrived in the Faroes in early March, and the total number of refugees is expected to reach 103 by the end of this month.